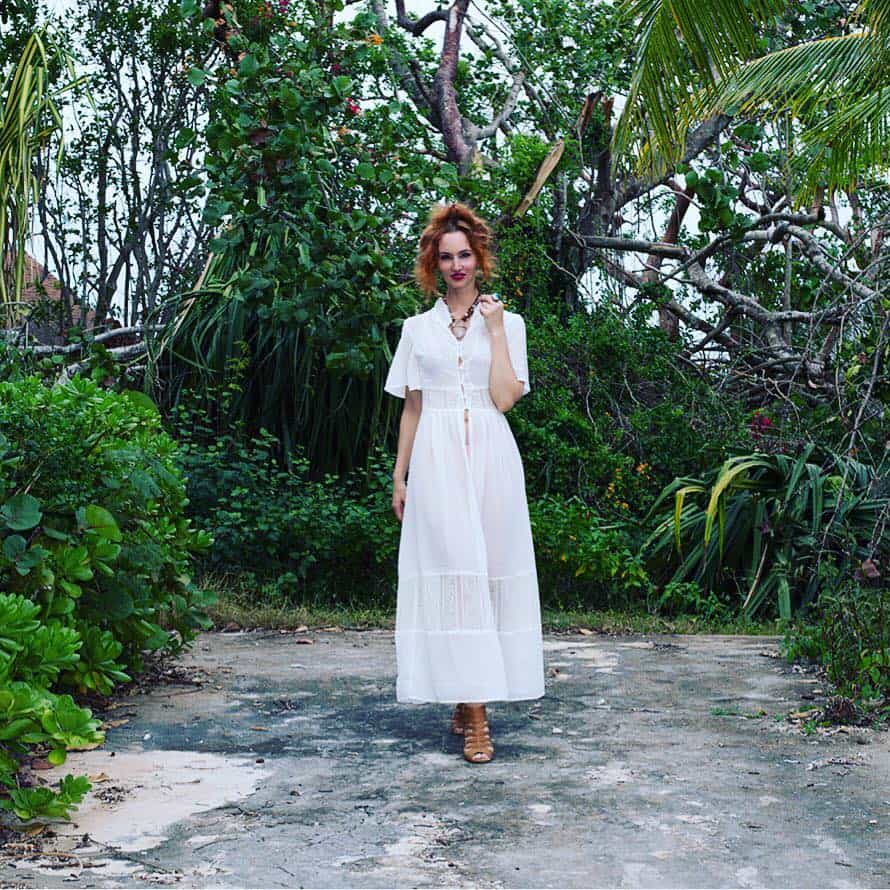 at the bottom of this post are two of the better posts I have read on the subject. much of what is in those posts is rather standard — and, at that, unfortunately standard — in that there is almost no difference between one adult child and the next. the fact is, adult child experiences are ALWAYS the same deck of cards…just a different hand.

I think that the most important piece of this subject (and it is touched upon in each of the referenced posts) is to acknowledge the fact that this kind of a decision can only happen soundly AFTER the adult child has fully processed their internal world and evolved to a place where they are in total forgiveness. forgiveness also = acceptance and surrender. the truest definition of forgiveness is to actually let another person be who they are WITHOUT trying to change them. with no contact, there is no more trying to change another person and the adult child has accepted the reality fully.

since there is so much shame and fear around the subject, I hope these posts help those who feel too private to like/comment publicly — I can’t tell you how many people surprise me on a weekly basis by telling me how much certain topics I cover affect them personally. here are two blog posts (not mine) that I would refer to someone who is interested in the subject of my blog post here. and, hear this: it is OK to TAKE YOUR LIFE BACK, perhaps for the first time ever: 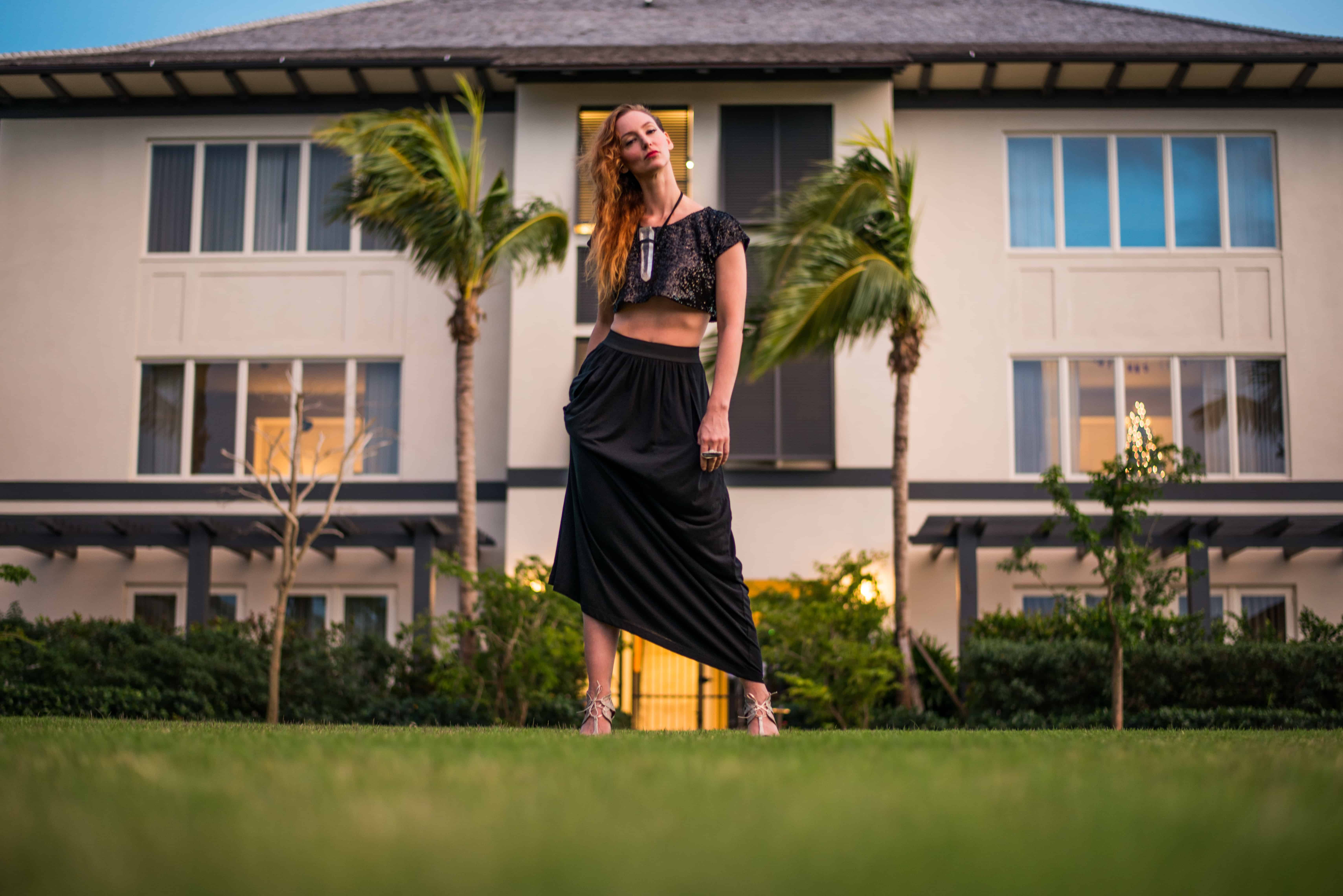 photo by Pia Venegas at The Island House, Nassau

and I see this with everyone I work with — their fears are actually rites of passage to solving a particular problem and subsequently living in their greatest purpose. we can not live in our greatest purpose until we transcend our fears. it just doesn’t work any other way. and, we have to actually uncover WHAT our greatest fears are — some of us refuse to go there, and so then we feel “stuck”. but back to the fears, and I’ll use myself as an example…

since I was very young, I had a very push-pull relationship with wanting to impart inspiration, magic and possibility to others, and simultaneously wanting to HIDE aka not be seen. part of my not wanting to be seen was a direct result of early life experiences where being seen or even speaking at all was NOT SAFE. I became a bit of a sullen, mute-ish kid in many circumstances. my natural nature, to go out and express, was stifled. little did I know at that time, though, that my nature was being demolished so that I could rise up and OWN it without it being handed to me. little did I know that this struggle and subsequent transcendence would be the very reason I COULD help others.

when I was old enough to write, I found that my greatest joy was delivering anonymous gifts and letters of love to the entire neighborhood — especially the older widowed men and women. I just wanted to bring joy to them, but I never wanted them to know it came from me. I wanted to hide, while getting to experience their joy. so, I would sign “love Santa” or “love The Tooth Fairy” or “love The Easter Bunny” or “love Your Angels”. I would create a gift (usually handwritten cards with glitter, heart stamps and a note of love), go to their doorstep, ring the doorbell, leave the gift, and run into the bushes just to watch their facial expression when they saw the gift. it gave me the greatest rush, the greatest feeling in my own heart which perhaps I had no other means of receiving — so the experience of experiencing others receive that was as close as I could get.

when I got a little bit older and began winning sporting competitions etc, I remember feeling embarrassed and even ashamed at times when I won. there, again, was this push-pull: wanting to compete, wanting to achieve something, but also wanting to hide from it all. in my early teens, I had a great desire to be on stage and share my energy with other actors. I wanted to be part of making people FEEL. I also felt so much shame and guilt for expressing myself that I ran from it. as I got into my late teens and 20s, I recognized this huge dissonance and it was crippling. despite dealing with a MAJOR ugly-ducking syndrome until I was about 16, I then felt guilty for being attractive (and p.s. the ugly duckling thing never really dies anyway!), and I even felt guilty for being white — and the last thing I wanted to do was let the world in on all that. I also knew that my purpose was within the public arena, and I wanted so badly to deny that purpose due to my fear of being seen…but I couldn’t deny it. so there I was, with huge passion and a huge fear matching it. eventually, the passion, aka life’s purpose (that the Universe was NOT letting me get out of), won and I was forced to “put myself out there”.

the first time I went on live TV my knees went numb, I was certain I would pass out on the spot, and I prayed to stay conscious. it was an out-of-body experience for sure. dissociating from my body when being “seen” was clearly safest. and, at the same time, I knew that this was a fear I simply HAD to face. the first time I put my photograph online in association with that work or THIS healing work, I had a mini-heart attack. I was truly being “seen”. when I first began this healing work publicly, after years of hiding it, I thought I could stay anonymous with no photo, no nothing. the “problem” was, that my work starting going “too well” — and there was no chance at all of ever hiding.

the irony of all of this is that there is most certainly a part of me that is very comfortable with the idea of being seen — but my past experiences, aka fight or flight ego adrenaline training, and byproduct grave FEAR always creep up to test me. it is an ambiguous fear and sometimes I have to dig for the many spores of it’s origin (lost in amnesia). and here is the gold: every time I work through one of the skillion spores attached to the fear, my outer world happily EXPANDS. the guilt I felt for being “seen”, for possibly being judged, i.e. “who does she think she is!!!!!” – “why is she wearing that!!!!!” – “she has an easy life! must be nice!!!!!” etc, starts to take a back seat to my purpose. because I didn’t choose my purpose – but my higher self sure did. my higher self also chose the circumstances I would enter into this life being opposed with, only so that I could transcend difficulty and take my rightful place in this world.

we will always be afraid of our deepest purpose in some way – that is why not everyone “makes it”. “making it” simply means someone living in their full purpose. those who “make it” are able to see their fears, admit them, and move forward. they allow themselves to FEEL their fears and move along anyhow. our greatest desires will always be tested, even veiled by our deepest fears, and the winner of that battle is up to how much we are willing to feel along the way. do you want to know your purpose? look at your fears first. our greatest fears equal our greatest purpose. 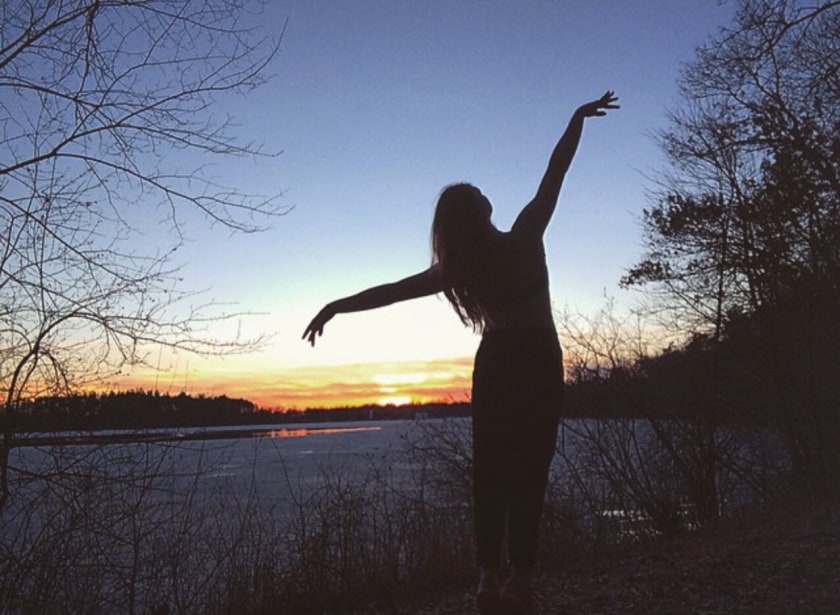 Emily is a brilliant actress and she is a SUPER intuitive. it’s always interesting to see someone wake up to their gifts in real-time, and I have been honored to see that with Emily. the warmth, kindness, depth and HONESTY of this young woman is so incredible. she expresses my whole “NO BOXES” mentality — i.e. we don’t have to be either “A” OR “B”; rather we are A, B, C, D, and then-some… like with everyone I get to work with, I am grateful to know her and have worked with her. thank you, Emily, so much, for your candid, vulnerable, personal and raw video share here. I feel like this sharing alone of yours here will help someone.

Emily also wrote a blog about her experience, and I am excited to see how her experiences across the board affect others through this medium – stay tuned for more with her blog here: 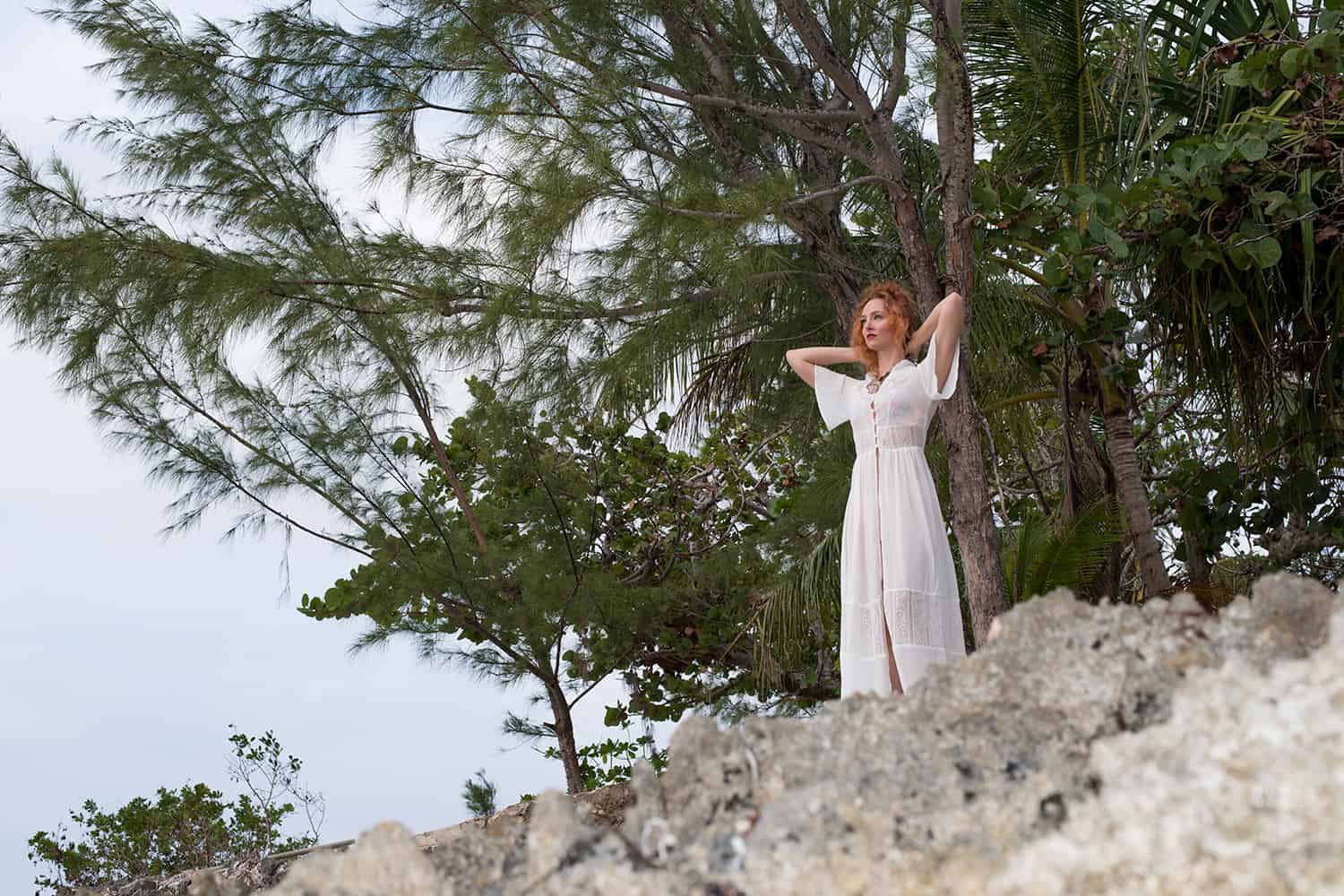 I woke up this am to a message from one of the beloved women I worked with a while back…she’s so special as each person uniquely is…and she attached this song which she said reminds her of me even when we don’t speak (tear!) which is almost never on the human plane, but certainly often on the astral plane 🙂

I remember, hold space for, and love each person I have had the honor of working with these past years. it is impossible to stay in contact with everyone, and despite that I think of each person separately and with deep love and gratitude, hoping they know that we are in contact, even when we are not… 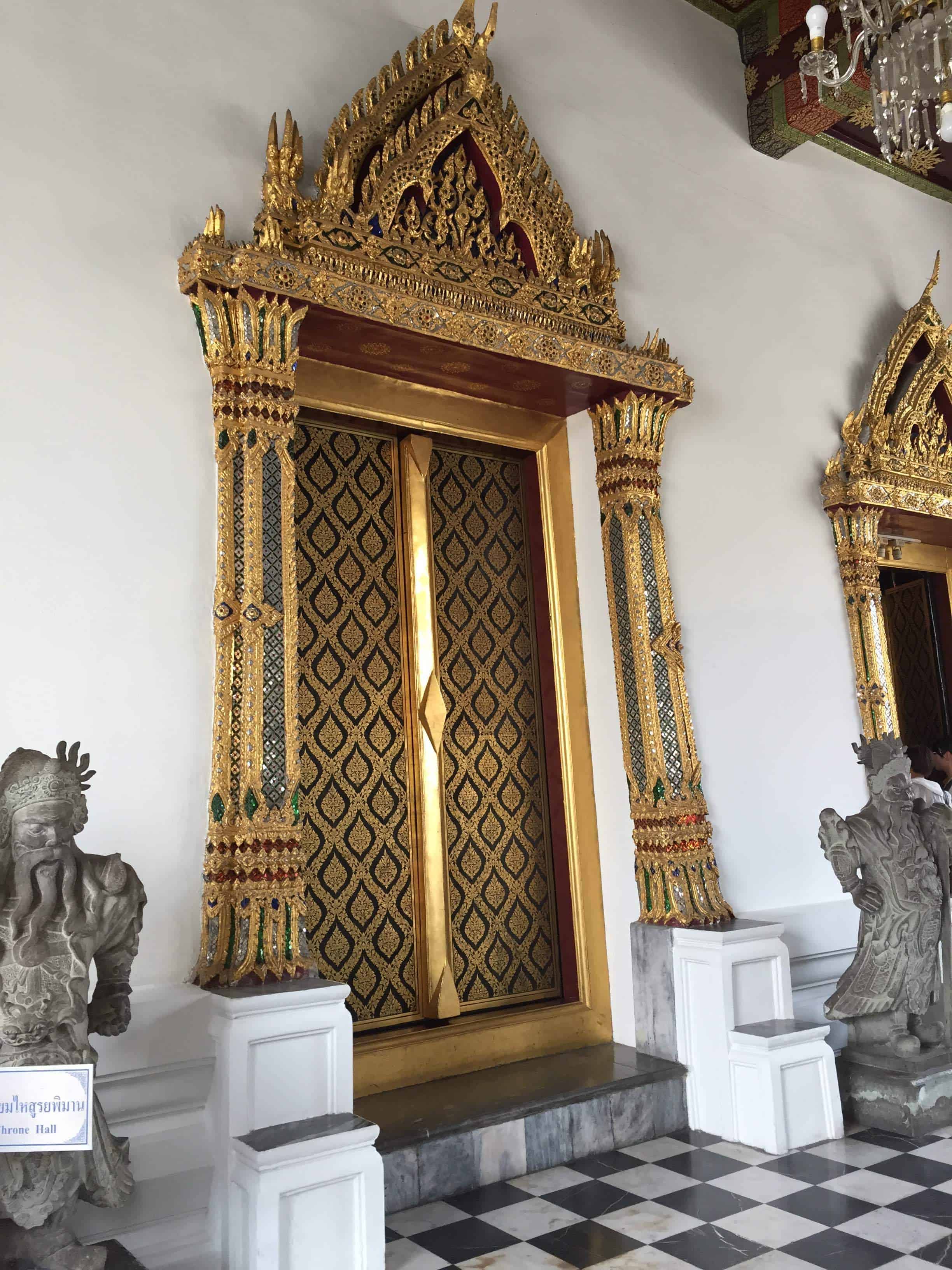 the old phrase “when one door closes, another one opens” is real deal.

I have written quite a bit about the physics of energy as it relates to dismantling and discarding beliefs, and the subsequent “openings” that occur in one’s life. dismantling and discarding beliefs also naturally bleeds into who we allow/do not allow into our life, and who we allow/do not allow ourselves to engage with. we close doors in the form of ideas, beliefs, situations, and people.

sometimes doors can be difficult to close if we get sucked into ego as to why it makes “logical” sense to keep a door open. if we are always thinking with logic versus gut intuition/our heart (which means surrendering to fear!), we don’t get to see the possibilities. I close doors very often in my life – I always have. I grow quickly and outgrow certain situations very quickly. the only downside is that I am always in some kind of active and inevitable growth or process — which is not easy!

the door that I closed early this month prompted the opening of a door I have been waiting 7 years to open. the two could simply not be open at the same time. the thing about it, too, is that there was no glaringly obvious correlation between the two doors. not at all, actually. the one I closed had only been opened for a few months (but no door is innocuous, by the way!). what was glaringly obvious, however, was the fact that I simply needed to close that certain door. the now-closed door that was keeping part of my creativity in a stasis now only makes full sense after seeing the new open door.

what doors do you need to close?

so, what’s going on out there? ⭐️ visit my w

new blog post up, link in bio - question is, how m