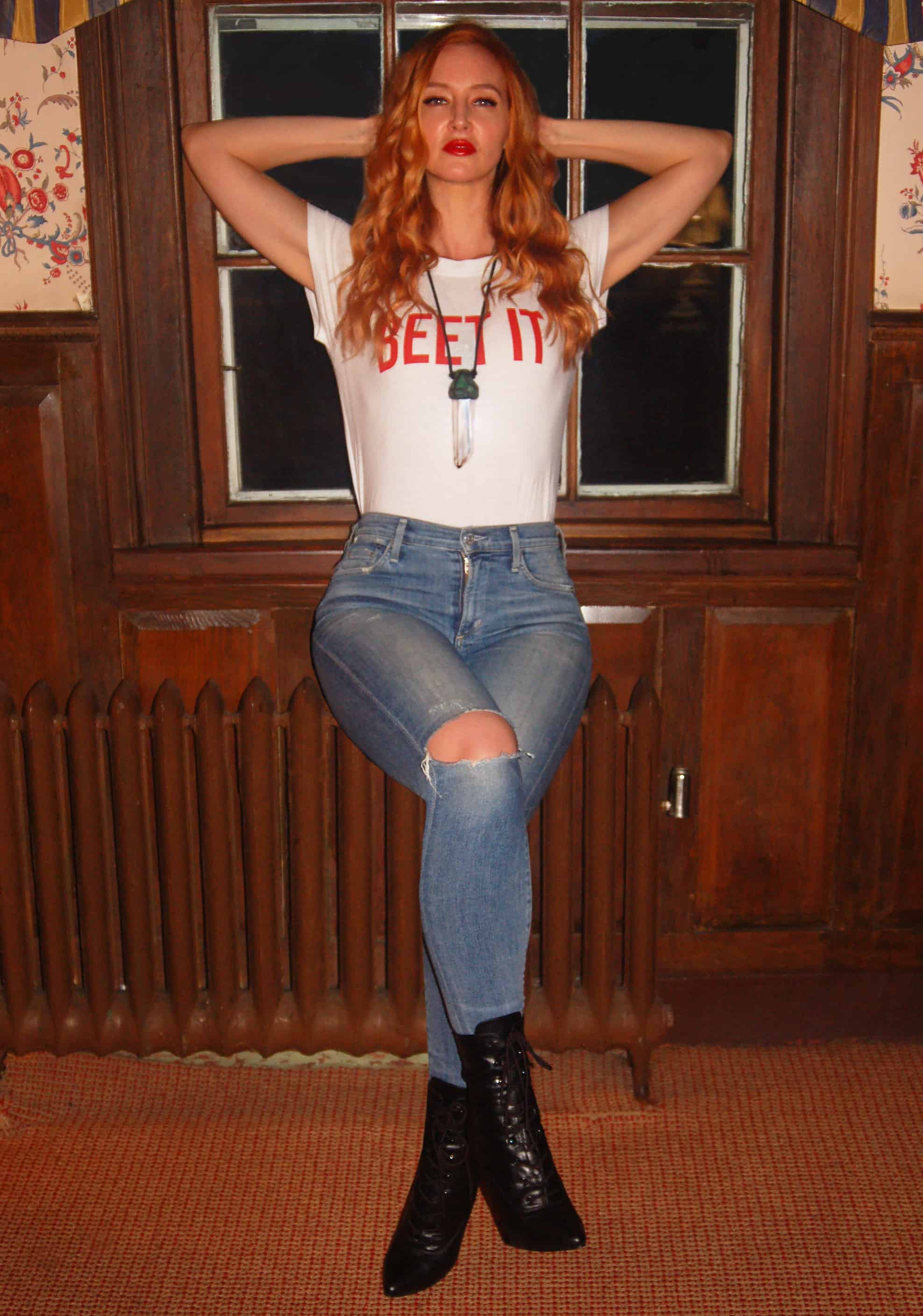 everyone wants to be part of our good times. everyone — good, bad and ugly. but because the good times are so sunny, it can be hard to know who is who, and what is what — i.e. who is the good, bad and ugly? and that can be a problem — because it is during our cloudy days/hard times that we most want or need the right people by our side.

for example, before I came out of the closet with my healing practice, I was in a (yet another) hardest time of my life. I had no money for my phone bill, I ate bread for week clips at a time, and I exhausted myself walking around different neighborhoods dropping my resume and photo off at every residence begging for work. I felt shameful and humiliated that a privileged person like me was in that position. this went on, on and off, for about 2 years. clearly, the Universe wanted me doing one thing and one thing only. and that is a long, true, and fact-driven reality with an amusing array of documents of supporting evidence that some people find hard to believe. anyhow, I was at yet another rock bottom. another low. I remember thinking “I am being forced so low so that when I rebound, I can tell my story and it will help others”. even in the lowly lows of my then-state, I knew I was going to come out of it. I just didn’t know how or when. it was for sure, an initiation. but it was super hard times. and if there is one thing I have learned about hard times in my life, it is that the people who are NOT supposed to be in your life will reveal themselves loud and clear — during hard times. this is a great thing. here is why.

the first great thing about having hard times is that you then see who you are carrying around — the dead weight — during the sunny days of your life. the sunny days of your life are important, because those are the refueling days. those are the days in which your plants grow and things blossom and bloom and you gather enough energy to make it through (imminent — let’s face it!) hard times. but if we are carrying around dead weight during the sunny days (and we don’t realize it), we have less reserve for the cloudy and stormy days (when the cockroaches scatter anyhow).

when shit hit the fan for me years back, almost every single person in my life who was supposed to support or love me not only abandoned me, but actually went in for the kill. by “went in for the kill”, I mean they saw their opportunity to crush me while I was down. at the time I did not understand it, and now I do. it’s what weak people do (either consciously OR unconsciously) when they see an opportunity to draw blood/energy that they want, can’t get and won’t ever have. I already wrote about this in my eBooklet 1. for example, a “best friend” told me on one of my lowest days of all time that I was a horrible friend because I wouldn’t make time to visit her out of state (I couldn’t even afford to take the metro, mind you). and to boot while she knew exactly of my dire logistical, emotional and spiritual situation and sat back with her million dollar bank account, never once offered to help. she wasn’t the only one, but she was definitely the meanest and most selfish. one of the ones who “went in for the kill”. meanwhile, I had a brand new friend. her name is Jennifer Santaniello and she is credited with taking my photos on much of this blog. Jennifer is someone who I actually met via my healing practice around 2011 when I “came out”, right in the midst of said hardest time. this brand new friend, without even knowing me for more than a day, and someone who came to ME for help, surprised me during my hard time not only with covering my phone bill etc but sending groceries to my house. we are friends to this day and she never once asked me for anything. she has seen my practice and life sky-rocket to where they are now, and I hold her dear to my heart because she not only always believed in me, but she supported me when it was super cloudy out. she was there rain or shine. my value was still the same to her. it was during that one particular hard time that I got to see what true friendship (and, frankly, love) looks like. Jennifer helped show me the duality of friendship and love that was in my life during that time, and never once did she turn around and make it conditional (which can often be the case when someone “offers” us something — a lesson which I later learned two final hard times). it wasn’t even her monetary offering, but rather her emotional support that I needed more than anything in the world. emotional support can change EVERYTHING for us. then there were others who either sat idly by during the above time, simultaneously shaming me to the point of hysterical tears over the phone as I literally entered New York City Housing Court, or turning their heads as if I should have my shit together. I’m actually understating the “went in for the kill” details on the latter others because quite frankly they are a bit too negative for this post. but you get the point.

there have been countless other good times, and countless other bad times in my life before then and since then. and in each case, it is revealed specifically, who is true and who is dead weight. for example, everyone wants to be part of a rising public career when the person is loved. but what about when the trolls and haters say otherwise? or, what about when a person is not completely public or “important” or “adored” yet, so the dead weights wait on the sidelines for that person’s “big moment” so that they can jump aboard their big float down 5th Avenue ONLY right when their sails are nice and windy? yeah. there are plenty of those. like preying mantises. and they have also revealed themselves to me already. one of the fears I recently got over was the fear of major press. as I’ve stated before, I’ve said no to a lot of things because they did not feel totally aligned with my message or timing. that was me being real, and having personal integrity. but, I have still opened myself a smidge in the past to press, and I will continue to do so at this time. during one of my “yes” moments to press, I was attacked by someone I had never met as well as by their troll following. and there was my dead weight moment of reveal of those around me: many knew of the attack and supported me anyway, posting my sunny/cloudy moment, regardless of any other opinion. those are the people who would stand on the frontlines for me because they know who I am and what I represent, even in the face of millions opposing me. but not all. and the ones who hide, or retract their support in this type of scenario, will always be fair-weathered as fuck. to EVERYONE. they have no allegiance, not even to themselves. those are the ones to watch. those are the dead weights. the ones who will glorify you to your face on the sunniest days and then stab you in your back on the cloudy ones. but the point is this: they reveal during cloudy or not sunny times.

it is during our hard times that we learn who is worth putting in the effort for during our sunniest days, so that we might then maximize our soul and Universal potential. because there will ALWAYS be cloudy days, and we can’t afford anything less than our sunniest days to help buffer the cloudy days. perhaps if we are young, we truly have not had any cloudy days (we might think we have — but just wait!). but any successful life or business will have the cloudiest days imaginable. it is during these times that we meet ourselves, and those around us, for better or for worse. our hard times are the absolute best times to hunker through and understand exactly where our energy is going — because it will shine again, and what we carry with us when the sun is shining will make all of the difference.

your hard times are the best thing that can happen to you, if you are willing to look at the entire situation and the people around it. if you are currently in a hard time and you think that any support is better than no support, perhaps think again; often when we cut a cord of “negative support” (i.e. those who “stick it out with us” during hard times, but who are really just reinforcing over and over the clouds and storms because they are addicted to punishing, controlling or dramatizing themselves), we open up the space for positive support to meet us for the first time. positive support will not only change your cloudy days, but help foster your sunny days in a way you perhaps have never seen.

To see and hear me speak, you will have to subscri 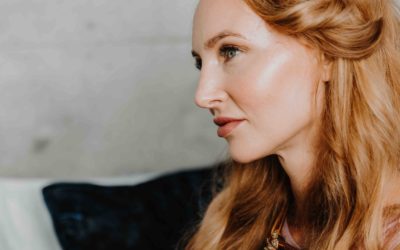 How to let go of mistakes and guilt 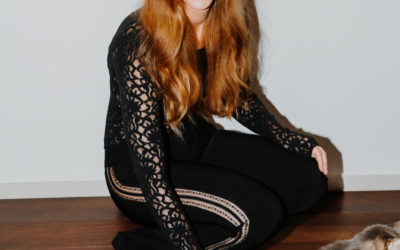 You can still honor your degree whilst choosing a “different” path 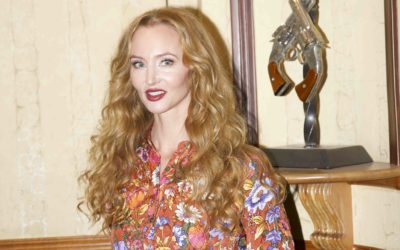 The problem is also the solution 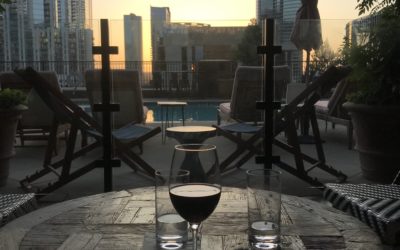