Sometimes, blaming yourself is a way to control things

There is a huge difference between being open, and being a doormat.

I have a high level of openness and agreeableness — all of my teachers, therapists and otherwise mentors have remarked about this. I recall being in middle school and the guidance counselor told me that it was very “uncommon” for someone to be so open and amenable to others’ opinions. I just thought it was normal.

In one way, being open and agreeable is a great trait — it allows you to pull in all sorts of information, different points of view, and see lenses you never thought to look through. In another way, it can be a bad trait as it attracts people who wish to control you — while you hand over your power because it’s easier to blame yourself for someone else’s behavior.

Experiences create our external nature, and our personal truth creates our intrinsic nature. For example, if our life depended upon agreeing with abusive people to survive, we may have become agreeable simply because well, our life depended upon it. This created our external nature. Our intrinsic nature though, could be measured by how we respond when there is no threat at all…when we are ACTUALLY in control. If we are still open, agreeable and amenable when there is no threat involved, we can understand our intrinsic nature as open and agreeable — this is healthy.

Distinguishing between healthy and toxic situations that reflect back our open or agreeable nature is paramount, because if we do not know the difference then we will tend to blame ourselves constantly for the world around us and the way that people respond to us. Once upon a time in therapy, my therapist told me that I had “pathological guilt”. She said that if I walked into a room and a lightbulb went out, that I would believe it was my fault. And she was right. I was trained this way and my life depended upon it. I recall taking the city bus and feeling guilty about the homeless people on it — internally, I felt like in order for them to do better that I HAD to have less. This is really messed up, and I’m not alone in having thought that way in the past. What became confusing to me about my nature though, was that I wasn’t just EXTERNALLY open and agreeable, but I was INTRINSICALLY such…so, in a sense I was this way ALL OF THE TIME — but not from a place of weakness necessarily, because not all of these situations did my “life depend upon” to be that way. I’m naturally an open and agreeable person, but from a place of objective health.

With that said though, I had to turn a corner…I had to move my open and agreeable nature into SOLELY my intrinsic being and wipe it away from my external being. I drew in so many people and situations who mistook my open and agreeable nature for weakness and they exploited it. After being screwed over enough times, I learned to navigate what my actual gifts were (intrinsic openness and agreeableness, which allowed me to take in many perspectives and still distill down my own truth) versus my external weakness — blaming myself for the controlling and projected behavior of others.

The irony in learning the difference is that I became even MORE solid and opinionated, while STILL remaining…totally open and agreeable! When people meet me in person, they can’t believe how open and agreeable I am — because my writing can be so strong / fierce / direct. Being sure of one’s self does NOT mean you are closed off to other opinions — it’s actually the opposite. It’s like how boundaries in life and relationships can create INCREDIBLE freedoms! My boundary in understanding the importance of the difference between my external (false) openness and agreeableness versus my intrinsic openness and agreeableness created a space for me to be EVEN MORE WILD with standing firm in my power and what I know. It’s the perfect paradox.

I learned that as I was approaching the ultimate impasse of distinguishing between external versus intrinsic open and agreeable tendencies, that my go-to was to BLAME myself for other people’s behavior…because it was easier that way. My mind was so programmed to believe that other people’s behavior was MY fault, that it paired up with my HEALTHY intrinsic barometer for openness and agreeableness and the two aspects went on over-drive together. Before I could get back to center, I attracted the worst of the worst situations to completely organize what was intrinsic to me versus what was external to me — stuff that didn’t belong to me.

I began to notice that while blaming myself for things that were not my fault once made me feel the illusion of “clarity”, it was really just an excuse for my mind to feel in control. When the illusion of clarity began to take its toll on me physically, this was a line that got crossed that I couldn’t come back from in the dynamics in which it presented. Confusion began to take over, and impact my body. I still preferred the control aka the illusion of clarity by taking responsibility for others’ projections and control issues, only it wasn’t working anymore. My body began to spazz out and it directly affected my mind which became riddled with confusion. This overload led me to consciousness…

Consciousness comes when the way that we are used to doing or perceiving things gets SO HARD that we can’t do them that way anymore. I noticed that I was open and agreeable in really emotionally or energetically dangerous situations, and that this was different from my actual NATURE. Rather, it was my NURTURE. And so I began to take risks…

The risks I took were in dynamics in which I felt afraid…in these dynamics, it was always easier to blame myself (i.e. look away) so that the fear would step down — until, of course, it didn’t. The risks that I took were trusting my BODY over my mind — in particular and especially in dynamics where there was an emotional, authoritarian or otherwise power dynamic which was not clear at the time. The risk was ultimately: not blaming myself for the way that I felt.

Initially, this felt like a HUGE risk and the answers I craved in taking that risk did not present for a WHILE. An example of this could be a romantic relationship that was making me feel TIRED, stressed or CONFUSED…and as an expert at BLAMING myself for feeling this way instead of trusting it, I only enabled the other person to keep being as they were…while I suffered. So I began leaping each time I felt my body respond (with my mind always in tandem, presenting with CONFUSION). It felt so wrong, taking these risks, for so long. For it negated my INTRINSIC nature, and it certainly negated me EXTERNAL nature / conditioning…

I was so afraid of losing my intrinsic gifts of openness and agreeableness which I loved so much — however I just had to learn where they were applicable. And I began to. They existed in neutral environments, where there was no immediate threat. I could trust this. An example of this would be the “news”, politics, etc…those things were never a direct threat to me, and I could remain a completely open channel while sorting through what seemed the entire outside world felt and thought (which was different from what I felt and thought!). I was open to ALL information, not just some — because again, not only was I NOT invested in the subjects, but there was no direct threat to my existence as there would be in a 1:1 situation which would potentially reflect power imbalance, someone else’s projections, or a romantic bond in which I could re-create an abusive situation.

Sorting through my responses based on what would be perceived as potentially threatening versus something totally neutral was important — and I discovered, of course, that I was too agreeable. Blaming myself all of the time for other people’s reactions in closer 1:1 dynamics was no longer the proper course for me, even if I didn’t understand WHY at the time I was no longer willing to that! It was in reigning in my old EXTERNAL programming of openness and agreeableness (which, by the way, can lend itself to brainwashing by evil people) that actually sorted out my feelings of guilt over the otherwise “less fortunate”, or things that had nothing to do with me that I could not control. Releasing pathological guilt by working through EXTERNAL / NURTURE programming first, really began to sort my life differently.

Gaining clarity after realizing why I was so open and agreeable externally gave me a further intrinsic superpower — which of course, many people misunderstood and STILL misunderstand to this day…it is along the lines of mistaking kindness for weakness, when in fact the kinder the person typically the stronger the person. It is the same idea that a more alpha individual never has to flaunt it and a successful person never has to flaunt it — they may be misjudged, but that misjudgment from others is the greatest filter of all for it shows true colors surrounding them.

If you are intrinsically curious, open and agreeable, it can be a genuine superpower — unless your background has made you externally so…and your intrinsic will work heavily against you unless and until you harness your external programming. Until you do this work, blaming yourself is a way to control things — and as a rule of attraction, you will draw in people and circumstances who wish to control YOU. 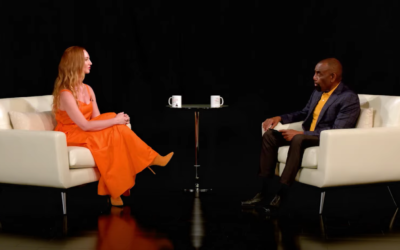 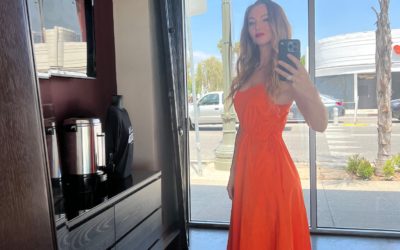 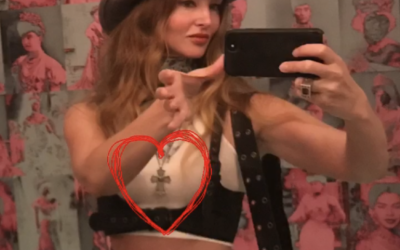 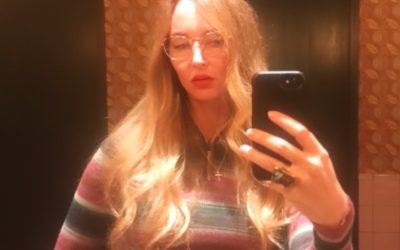